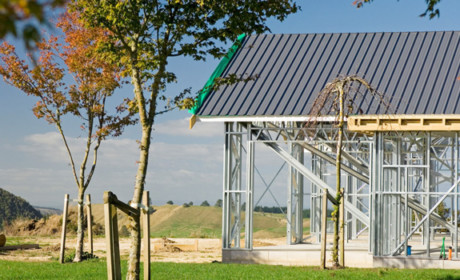 Be good to yourself Most houses are built with wood, so why be different?  Why build with steel?  Well, there are many benefits for you and your family. It’s healthier:  Steel frames are much healthier for you and your family.  No toxic chemicals are used to treat steel, unlike the treatment of timber, and it won’t rot or support mould or mildew growth.  Steel frames have also been used to achieve allergen-free and dust-free interiors - Axxis® Steel is recognised by the Asthma and Respiratory Foundation of New Zealand as a ‘Sensitive Choice’ construction product that will assist in reducing the in...
Read More 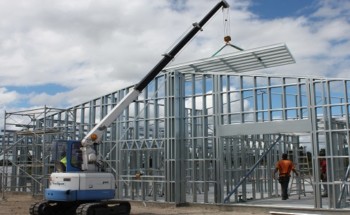 If you are looking at high wall frames or big horizontal spans for a ceiling or skillion roof, then you should consider ...
Read More 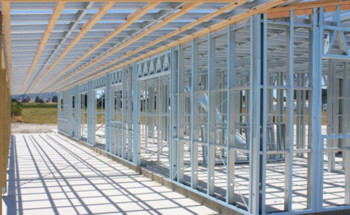 EziSteel wall frames can be supplied assembled ready to install or flat packed which is more suitable for remote locatio...
Read More 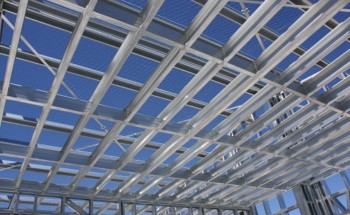 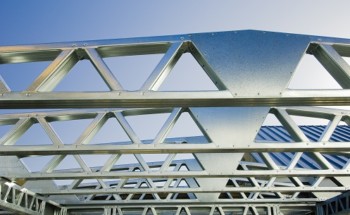 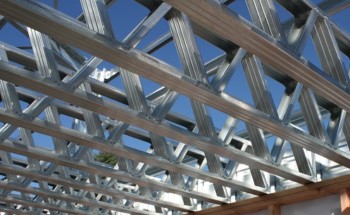 Our floor joists are a cost competitive alternative to traditional timber joists. Their lightweight and large spans make...
Read More 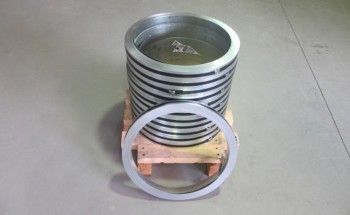 We have spent a lot of time looking for the best fasteners available and we only deal with reputable companies that can ...
Read More
View All

View All
View All 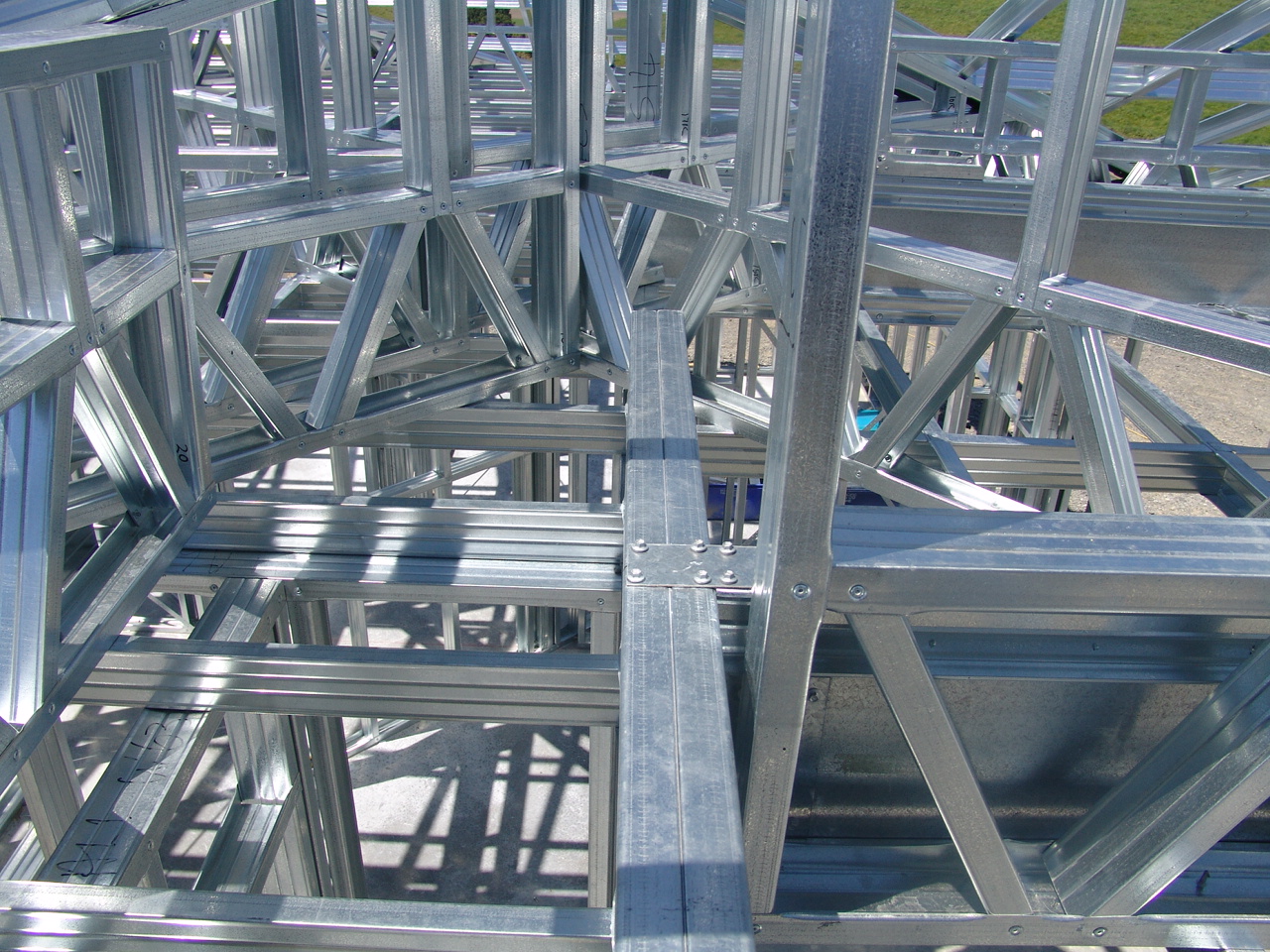 We recently purchased steel framing for our new build from Eddie and Ezisteel.

We chose Eddie because of his excellent reputation and we were not let down. Eddie went above and beyond our expectations. The frames were manufactured and delivered on-site before our promised due date, which was particularly impressive considering the current building boom.

Eddie looked at our job as a whole and suggested a couple of design changes that improved on our architectural plans. This was a refreshing change after dealing with other service providers during our build. He is a problem-solver, not a problem-maker, and genuinely cares about the finished product.

Installation of the frames was a breeze. 3 hours for a 4 man team to get 200sq metres of wall frames standing.

We have great respect for Eddie and the team at Ezisteel. We highly recommend them for your next project - you will not be disappointed.

I Cannot remember exactly when I first met Eddie from Ezisteel but it may have been through one of our builders. Over the last few years we have had dealings with Ezisteel nothing too large but Eddie had impressed me with his general knowledge of the building industry, and building code, but above all his dedication to his customers, which ultimately leads to a successful business.

Carmen whom I have just met recently and along with Eddie are a great team, so Ezisteel were the obvious choice when it came to all the steel framing for our new home.

All the framing arrived on site in Te Puna from the factory in Taupo and everything went like clockwork. My builder and myself started erecting the steel framing over the next few days, I was impressed with how easy the framing was to work with, lighter stronger and straighter. I had worked with timber a lot in the past so the steel was a pleasure to work with, gone are the days of constantly sighting the studs to make sure they are straight, over the summer there was no stress worrying about the framing shrinking and bending or moisture content , the list goes on.

Initially it only took us half a day to get most of the ground floor framing complete, then assembling the Steel mezz floor ready to crane up.

The first floor went up with the same ease and fitted like a glove , next was the exciting part of craning up the roof panels which were all prefabricated by Ezisteel , this certainly made life easier as all we had to do was guide them into place and temporarily fix.

In the engineers opinion Ezisteel’s framing is a superior product especially over timber , which was interesting to hear and there is a huge list of advantages.

I was once a little afraid of steel framing as traditionally timber has been used , like how do I nail nogs in , well no problem , I purchased a steel framing nail gun, which I didn’t know existed , also a finishing gun ,now no problem !!

I could go on but generally speaking you always expect some problems , that’s just the nature of the building industry , but this job not one , and if there had have been , I know Ezisteel stand by their product .

Many , many thanks to Ezisteel and their team for making our build easier.

Len and Donna -
Ezisteel has been supplying us with steel frames for the past 9 years, this has ranged from tiny homes to residential houses to storage sheds. The steel frames are light weight and easily managed with some frames being as long as 8 metres, they are straight and a pleasure to build with. I have worked with Eddie and the team on numerous projects and being able to sit down and discuss the build with Eddie is a great advantage. We can design the building and make sure frames studs nogs etc are where we are wanting them. This is a great benefit when designing storage sheds as we can ensure we have fixings in the correct place for mounting roller doors and the like. Holes are punched in the framing to allow for electrical and plumbing components to be fitted with ease (pipes and wires), the holes can be punched as required or when necessary in the case of fire walls in storage sheds’ we can ensure there are no punching’s in the frames. We had a new house to build and clad with colour steel cladding, we sat down with Eddie and worked all the windows and wall spacings’ for Trimrib profile cladding so that the end product would be all windows fitted between ribs and looked uniform through out the building, Eddie was very helpful in this process and made the design process very easy. I would recommend building with steel as it is straight, light weight and easy to work with and is compatible with timber if there is a need. There is no difference in fixing, gib is screwed to walls and ceilings, skirting and other timber trims can be nailed to the frames as well. Eddie and Carmen are professional, friendly and helpful. I highly recommend working with Eddie and the team at Ezisteel Dave & Red Frazer Frazer Construction Limited
Frazer Construction -

After investigating options for building our dream home, we were pleased to discover steel framing as a healthier and more cost effective alternative to timber.

We would like to acknowledge Eddie from EziSteel for all the helpful advice and communication during construction. Had it not been for his genuine interest in getting things right we could have ended up with a couple of mistakes, you know the sort of thing that would always annoy you and you wish you had thought of it before you started.

Nothing was too much trouble and Eddie went way beyond the call of duty, for that we sincerely thank him. We would have no hesitation in recommending EziSteel and our best wishes for the future of your business.

EziSteel has been supplying us with steel framing since 2009. This has included large commercial & residential projects as well as some of our smaller projects where internal fit out only is required.

The product we receive from EziSteel is always top quality and competitively priced.

Eddie has helped us a great deal with design and engineering consultation that has been invaluable and ensured that some of our larger projects have gone off without a hitch.

EziSteel have always gone out of their way to ensure our requirements are met 100 %.

We look forward to continuing our work with EziSteel in the future.

EziSteel has supplied partition frames for several of our steel portal frame buildings. His familiarity with our system and understanding of what we want to achieve in our buildings makes the process of designing, installing and finishing a breeze.

Steel frames are complimentary to our buildings, and we have found them to be both a cost and time effective alternative without any of the drawbacks of traditional wooden framing.

Our customers comment on the neat appearance and are impressed with the ease of running services through them and the lack of hold ups like straightening frames and no waiting for the moisture content to drop.

We like the service – they come off Eddie’s trailer and get fixed straight into place. We have been more than impressed with the quality, speed of manufacture and service.

I highly recommend EziSteel, you won’t be disappointed with the product or service.

We chose Ezi Steel to build the frames for our tiny house because their communication was fantastic. Eddie took the time to interpret our sketches and turned them into plans that perfectly reflected our vision. He involved us in all decisions and was knowledgeable about all aspects of the building process.

The frames were built the same week we finalised the plans and delivered at a time that suited us. We were so impressed with the quality and accuracy of the frames and loved the entire process.

We highly recommend Ezi Steel and would choose them again for any future projects.

We recently contracted EziSteel Ltd to erect a 400 square metre building for us in Wellington. We would like to take this opportunity to comment on our interactions with EziSteel Ltd.

EziSteel provides exceptional workmanship and attention to detail. Their interpretation and execution of our requirements were outstanding.

Any variations to the original plans we supplied to EziSteel were cheerfully and easily accommodated. Their knowledge of different grades of steel and fixings were excellent.

Our building project was a stress-free experience, largely due to the involvement of EziSteel Ltd, as their contribution to our entire project was substantial.

All in all, we cannot recommend EziSteel Ltd highly enough. EziSteel Ltd is a company that actually does what it says it will do!

Mark and Sue -
View All